Is Helium Mining Legal in my Country? 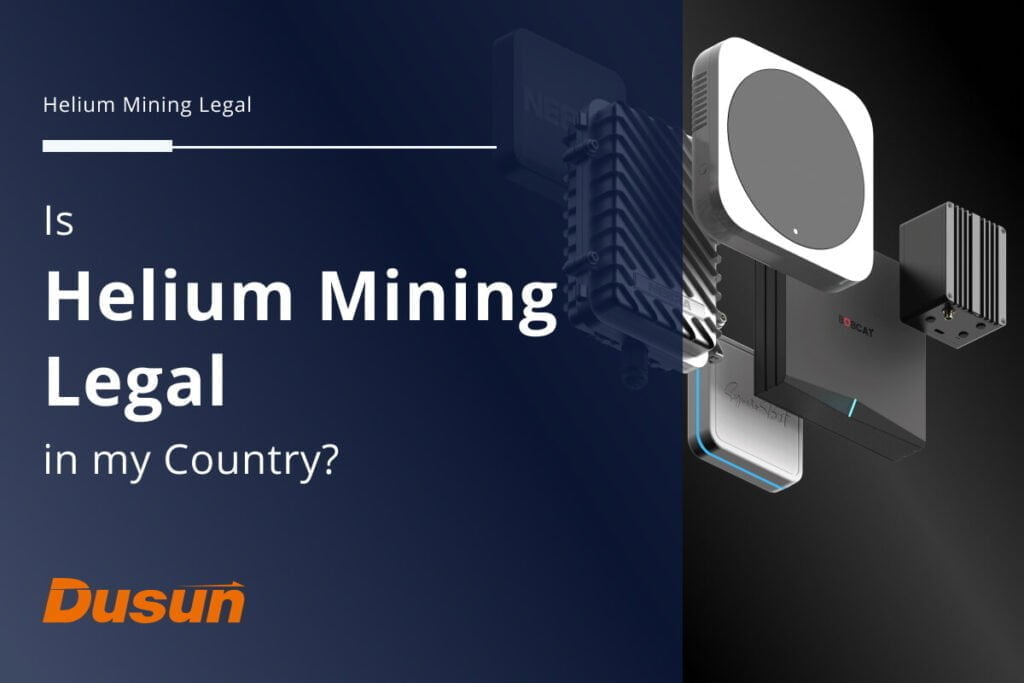 The Helium Network is a relatively new, cost-friendly way to earn Helium Token (HNT) passively. You can purchase a Helium miner, get it arranged, and earn Helium Token while you’re asleep for about $500. However, there are two crucial decisions you have to make when starting up Helium mining: your location and your Helium miner. In this article, I’m going to bring you up to speed on whether or not you can mine Helium in your Country.

What is the Helium Network?

The Helium Network is a new blockchain network designed to establish decentralized and public wireless networks. The Helium Network and the current Wi-Fi technology share some similarities, although it is more cost-efficient and peer-to-peer.

Amid the similarities Helium Network and typical Wi-Fi share, some characteristics set them apart, like full encryption from device to cloud, scalability and dependability, and that Helium Network is an open-source network committed to open collaboration. Helium miners obtain rewards from developing and expanding the Network.

Countries where Helium Mining is illegal or banned

Helium mining is illegal in the following countries :

China was once a powerhouse for crypto mining, contributing significantly to the worldwide mining hash rate. However, In May 2021, Lawmakers in China banned mining of cryptocurrencies like Helium due to environmental concerns. This action led to the evacuation of the Crypto Mining Industry, which began searching for other nations to begin operations.

The Qatar Financial Center banned the mining of Helium and other cryptocurrencies in 2018. According to the Country, the reason behind the ban is to ensure the safety of the banking and financial system. In addition, issues like price volatility, the possibility of financial crimes, and lack of central government support contributed to the ban.

Turkey banned the mining of Helium and other cryptocurrencies because the government says these assets are not subject to any regulation, supervision mechanisms, or even a central regulatory authority, including other security risks.

Currently, Algeria restricts the mining of Helium and other cryptos following the passing of the 2018 financial law that made it illegal to use, buy, sell, or mine virtual currencies.

The government of Kosovo prohibits mining cryptocurrencies like Helium due to a growing energy crisis. The Country that declared its independence in 2008 is facing a historic power shortage, with scheduled power cuts currently in place to conserve energy. In line with curtailing energy wastage, Minister of Economy Atrane Rizvanolli put forward a long-term ban on mining any form of cryptocurrency in the Country.

Historically, Bangladesh has had a negative view of crypto in general. The Central Bank of Bangladesh 2017 warned that the use and mining of cryptocurrencies are illegal in Bangladesh. So, the mining of Helium is likewise illegal. Furthermore, regarding a news report in Bangladesh, the notice read that “transactions with this form of currency may result in a violation of the current money laundering and terrorist financing regulations.

The Central Bank of Vietnam declared the mining and use of Helium and other Cryptos like Bitcoin illegal and is punishable by fines ranging from 150 million VND to 200 million VND.

The Bolivian government banned mining and using cryptocurrencies such as Helium in 2014. The major reason for the ban is that virtual currencies like Helium will contribute to the evasion of taxes and monetary instability in the Country. The Central bank of Bolivian maintains that it is illegal to mine or use any currency not issued by the government or an authorized body.

The National Bank of Kazakhstan has serious restrictions on Cryptos like Helium, with mining and exchanges being banned. In addition, they have also contemplated banning cryptocurrencies as a whole.

Egypt prohibits cryptocurrencies such as Helium under Islamic law. In 2018, Dar al-ifta, Egypt’s primary Islamic advisory body, made a religious decree. In 2020, Egypt strengthened banking laws to stop the trading or promotion of cryptos without a license from the Central Bank.

Is Helium Mining Legal in Australia?

Yes, Helium Mining is legal in Australia. In 2021, several Australians were helping in the establishment of a global wireless network in return for benefits in the form of Helium Tokens (HNT). That same year, A tech worker received six Helium hotspots and antennas he placed an order for in February for around 500 AUD and was also in the helium mining business with a partner in New York. He mentioned that people are drawn into the business for the mining and passive earning aspect and that there’s utility.

At the end of 2021, Australia had 1,854 hotspots, with all territories properly represented. Furthermore, Australia ranked 24th worldwide for the number of hotspots, ahead of the Irish Republic behind Hungary. In addition, the 1,854 hotspots were owned by 1,117 wallets. And on average, each wallet owned about 1.65 Helium hotspots or miners. The wallet with the most hotspots had 42, and nearly 800 wallets hold one Hotspot.

Is Helium Mining Legal In Canada

Yes, it’s perfectly legal to own a Helium Hotspot in Canada. The frequency US915 Mhz is used, and it is an unlicensed frequency. Although, you should know that there are import fee charges when receiving your miner if it’s from abroad. Helium Mining does not facilitate any illegal activities.

In addition, Toronto is among the biggest cities to mine Helium globally, Coming in third place to London and Los Angeles. In Downtown Toronto, the density of hotspots needs to be lowered to get reasonable profits from Helium mining.

If you get your Helium miner very high and within its hexagon, you can make good earnings in Toronto. It is possible to earn as much as 1 HNT daily in Downtown Toronto.

To make the maximum HNT, a Helium miner should be able to witness beacons from miners with transmission scales higher than the average number of beacons.

It’s advisable to avoid setting up your Helium miner in big cities as it is more difficult to locate an empty hex from these locations. Still, one good thing you can do is to go to a place not too distant from the city where your miner can still witness beacons from Helium miners in the city.

In this region, the Helium Network is familiar. However, it is a growing trend ideal for people just beginning their journey with HNT mining. This location is very favorable for new Helium miners. So, with a proper setup, you will earn profits in the underserved spots in the Greater Toronto Area.

Because of saturation, there are better locations than Vancouver to set up your Helium miner. Instead, you can check out Maple Ridge, Point Roberts, or West Vancouver.

Similar to Vancouver and Toronto. This location is saturated with Helium miners as well. So, if you move away from the city, you will be in the right spot to earn some HNT. Furthermore, places like Quebec and Lac-Echo will be proper spots for you to set up your miner. In addition, after you set it up in these spots, you’ll be able to get earnings of around 3 HNT in a month.

Is Helium Mining Legal In the United Kingdom?

Helium Mining is legal in the UK. However, it is important to note that the profits from the activities are likely to be subject to income tax and sometimes National Insurance.

Is Helium Mining legal in the United States?

Yes. There are tax laws as people pay taxes for Helium Mining in the United States. When you obtain rewards from mining helium, you’ll pay income tax based on the fair market value of the Helium Token (HNT) in USD. You’ll pay this tax on the day you receive the rewards. In addition, you’ll also pay a Capital gains tax whenever you sell, spend, or swap mined HNTs.

Is Helium Mining Legal in Dubai?

Yes, Helium Mining is not only Legal in Dubai, but even Blockchain and Cryptocurrency firms are doing well in Dubai. To start mining helium in Dubai, you’ll need to find a company that would rent you its Helium miner in exchange for a share of the revenue obtained. In addition, Helium Mining Dubai involves the use of specialized machinery specifically designed for mining. The Helium Miner Dubai comes equipped with a router that has an antenna behind it, like an internet modem.

The Helium miner is an innovative piece of technology. It allows anyone to participate in Helium’s Network activities and begin earning HNT.

Furthermore,  although earning HNT depends on several factors such as Country, choice of antenna, and budget, Helium mining is a good source of income for people who want to make some passive income. 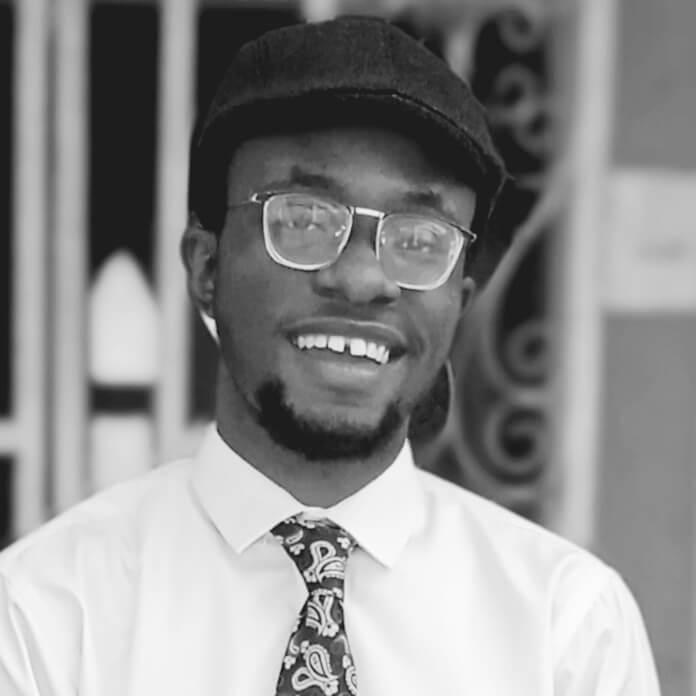 Donald is an avid writer and IoT enthusiast with years of experience in delivering content on tech and engineering.