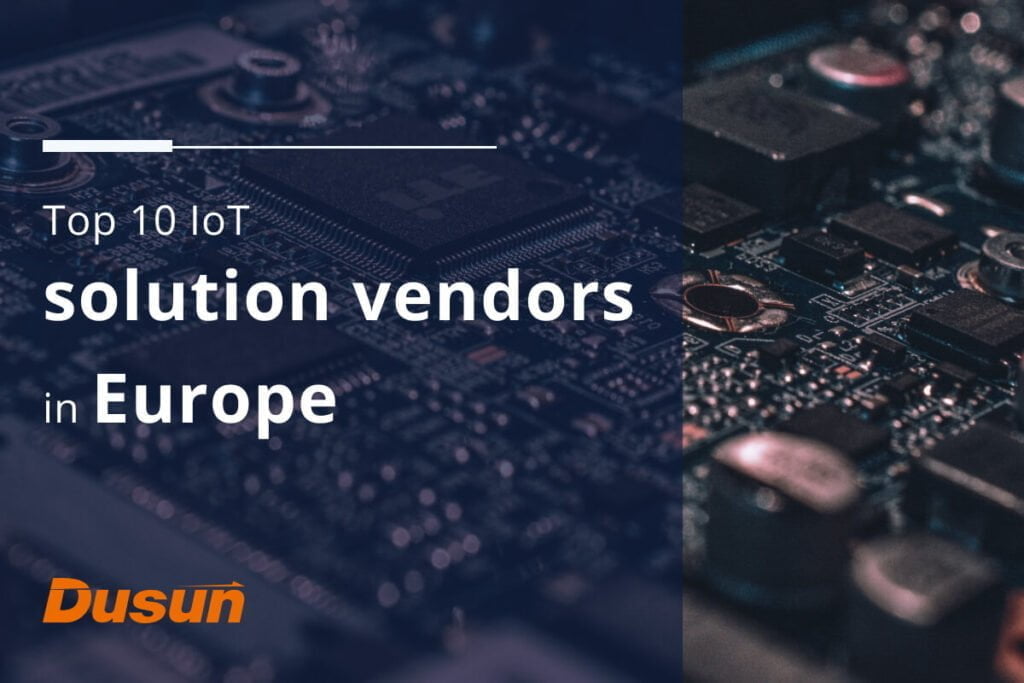 Europe has several fastest-growing IoT companies, but only a few can deliver up to the standards when it comes to innovation.

We live in an era in which technology is deeply invested in our lives. From your phone to TV, your toaster can be digitally connected and run on the internet. Now IoT technologies are at the forefront of these innovations. They allow you to collect, analyze and exchange data with limited human interaction.

With that said, finding an IoT supplier that focuses on quality and reliable customer service can take time and effort for many, especially in European Union. This is why I’ve compiled a list of the best IoT solution vendors in Europe that are known for their reputation and state-of-the-art technologies. Let’s begin!

So, without taking much of your time, I present you the following companies:

About this Company: The first company on this list goes by the name of ONEKEY. They are a German-based IoT firm specializing in IoT software applications, preferably in the cybersecurity sector. Thanks to their state-of-the-art technology and developmental resources, they ensure top-of-the-line compliance analysis. Moreover, they operate everything from ICS to industrial IoTs and everything in between. You can find their offices outside Europe as well.

About this Company: SADELABS is another of the fastest-growing IoT companies in Europe, focusing on providing convenience to its end-user. Their business model is built on M2M (machine-to-machine) connectivity, IoT monitoring, and smart tracking.

Besides that, they are also respected in the supply of sensors, integrated devices, and even assembly machines. If you want full logistics over your IoT hardware, then SADELABS is one of the best in business.

About this Company: Moving down the list, you have Synox. Developed back in 2007, their main application is to benefit the cellular communication and deployment market. Synox also uses some clever technologies to help small to major-scale users. They play a key role in managing the technical side of IoT projects so that you can up-scale your business in the long run. Like ONEKEY, you can find their offices throughout the European Union.

About this Company: Microtronics was founded in 2006, and until then, they have been successfully providing IoT analytics and digital communication. They provide their software and hardware expertise to several industries and thus drive Europe’s IoT market. Also, with over 300 projects under their belt, they are quite experienced in their craft, so as a consumer, you can’t go wrong with their onboard products.

About this Company:  When it comes to top IoT sensor companies, Advantech is leading the trend. They are a multi-national brand that takes great care in producing IoT intelligent systems. Since its launch, they have benefited the healthcare and IT sectors.

Furthermore, Advantech is known for its cutting-edge artificial intelligence, which enables automation on a whole new level. They are also one of the few companies that generate billions of dollars of revenue in the European economy.

About this Company:  IoT technology is powered by wireless networks, and these networks are prone to regular optimization and management. This is when companies like Yalantis come into play. They allow you to set up your IoT protocol and manage its infrastructure in real-time. Yalantis also supports remote asset tracking and smart logistics, which are both critical in several fields.

About this Company:  PROMWAD is an Eastern European firmware that takes great pride in producing and optimizing IoT electronics. Their utility is endorsed in many industries, including agriculture, automobile, logistics, and the list follows.

As a client, you can expect an embedded system for broadcasting and gadget optimization. Like top IoT companies in Europe, they’ve already completed hundreds of different on-board projects.

About this Company:  Eurotech is a leader in digital IoT solutions. Their business model revolves around high-performance AI design, and that’s what they are best at. With over 20+ years of experience in the market, this company also powers the cloud-computing and analytics space.

About this Company:  HQ Software is another IoT solution vendor in Europe that provides its customers with software development and network prototyping. Their services range from small-scale businesses to professional industries, including automobiles. HQ Software also engineers smart home appliances so you can get the most out of your gadgets as a user.

About this Company:  Finally, at the end of the list, you have floLIVE. They also have experience operating with cellular communications, especially in the IoT department. At its core, this company helps to empower digitalization and has already helped millions of clients with their system networks. floLIVE also has plans to upscale the 5G space and introduce cloud computing on a massive scale.

IoT technology is not limited to a single niche. Here are some widely recognized IoT services offered by vendors worldwide:

Through this service, companies led by professional developers produce software prototypes that help to carry out complicated processes in different fields.

It is the development of easy-to-understand hardware operating applications with the help of modern technologies and tools.

These are usually cloud-based systems that help to monitor the operation of other IoT-compatible devices and gadgets. IoT analytics is mostly used to assist farmers and smart-home users.

I hope you found these top IoT solution vendors helpful for your cause. The giveaway of this post is that IoT is no more a new thing in recent times. It already plays a massive role in our society in driving technological progress. This is all thanks to companies like Advantech and SADELABS, which strive daily to bring data collection and exchange to a whole new level. You will also love to read about the top 10 hardware device suppliers in Europe.

IoT vendors on other markets:

Quandeel
Quandeel is a tech-savvy Blog writer and Web content Specialist. With her expertise and experience in working with big tech websites, she’s known for her concise and easy-to-understand tech guides.