Which is the best Lora gateway?

A Lora gateway is a device that allows LoRaWAN devices to connect to the internet. Lora Gateways are used in LoRaWAN networks to provide a link between the end devices and the network server.

It has the advantage that the wireless range for data transmission is exceptionally high, and the energy consumption is very low – thus allowing for exceptionally long battery life.

Lora gateways are important because they allow devices to connect to the internet and make it possible to build long-range wireless networks.

All over the world, people and organizations are looking for ways to connect their devices to the internet quickly, securely, and with low power consumption. For many applications, LoRa is the best solution.

Things to Consider Before Purchasing a Lora Gateway:

When it comes to LoRa gateways, there are a few things you’ll need to consider before making a purchase. Here are a few factors to keep in mind:

A Comparison of the Three Best Lora Gateways:

Three of LoRa gateways stand out above the rest: The Things Network (TTN) Gateway, The Link Labs Gateway, and The MultiTech Gateway. All three of these gateways have unique features and benefits, and we’ll compare them side-by-side to help you choose the right one for your needs. 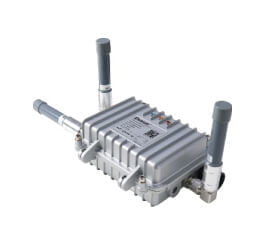 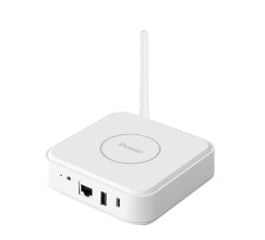 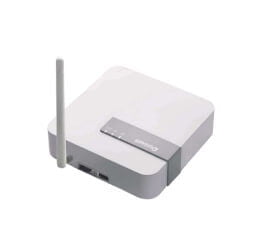 The three most popular LoRa gateways on the market are the TTN Gateway, the Link Labs Gateway, and the MultiTech Gateway. Each gateway has its pros and cons, so it’s important to choose the right one for your needs.

What Makes a LoRaWAN Gateway Great?

The LoRa Gateway uses private protocols that are mostly unique and vary between brands. Users can barely free themselves from product brands when selecting suitable hardware for large-scale deployment of endpoints, gateways, and beyond. And it increases the difficulty for the new product to communicate with the existing system and may not achieve the desired result for the users.

On the contrary, the LoRaWAN gateway makes the network more accessible for common uses. Using the LoRaWAN protocol, data can seamlessly flow to these different LoRaWAN devices with only minor configuration adjustments. It creates a scalable design with the flexibility to interact between different endpoints.

Keeping this in mind, Ursalink provides robust, secure, and wireless connectivity in a wide range of environments with a large number of LoRaWAN devices such as LoRaWAN Gateway, LoRaWAN Multi-Interface Sensor, and Temperature/Humidity Sensor LoRaWAN, available for deployment in most global frequency bands, such as EU433 / CN470 / IN865 / EU868 / AU915 / US915 / KR920 / AS923, etc.

To meet the budget, the LoRa gateway usually uses the SX127X LoRa concentrator module, which is cheap but unstable. On the other hand, the LoRaWAN Gateway comes with the SX1301, with the ability to provide a continuous network connection optimized for reliable performance and easy development.

The architecture of a LoRaWAN network is quite complex, which contains the end devices, LoRaWAN gateways, network servers, and also application servers. The data is transmitted to the servers through the end nodes and finally reaches the application. Sometimes, this data-driven technology requires additional maintenance or compliance costs for the network server.

It can be seen as clear zones that send the radio data packets to IP packets and vice versa. Therefore, gateways are connected to the LoRaWAN network server through the standard IP connections.

Generally, the LoRa gateway communicates with the LNS via Wi-Fi, hardwired Ethernet, or cellular connection. LoRa gateways include an operating system where the packet forwarding software runs in the background.

In this way, the network director has further latitude in managing his gateway. The data rate between the end knot (knot or end device) and the LoRa gateway is comparatively low, but this is necessary immolation to enable long-lasting battery life and a high radio range.

The gateway itself is connected to a LoRaWAN network garçon through high-bandwidth networks similar to Wi-Fi, Ethernet, or cellular to give end-to-end connectivity between LoRa end bumps and the operation server. In a nutshell, All LoRa gateways within range of an end knot admit data from the device. Also, the gateways forward this data to the LoRaWAN network garçon.

The network garçon oversees removing indistinguishable data packets, vindicating data integrity, and performing security checks before transferring the communication to the operation garçon. In the other direction, the LNS is also responsible for opting for the stylish LoRa gateway to further all dispatches queued for the coming downlink session.

Inner gateways are less sturdy and not waterproof compared to outdoor gateways. They’re generally equipped with case openings, which makes them not ideal for deployment outside as water can enter through these openings driving corrosion.

Outdoor gateways, on the other hand, are robust, and they’re finagled to be waterproof. Numerous outdoor leakproof gateways are IP67 certified, meaning they’re fully defended against dust and may indeed survive temporary absorption in the water of over 30 twinkles in depths between 15 cm and 1m. Another trait that makes a LoRaWAN gateway “weatherproof” is the larger temperature ranges covered by the installed chips.

These savings in tackle are reflected in the overall price, making single-channel gateways a seductive choice, as they lower the hedge of entry for network suckers wanting to give LoRaWAN a pass without too important of a fiscal commitment.

Multichannel LoRaWAN gateways may be considered the “real deal,” as they’re LoRa Alliance biddable powered by much more precious but protean transceivers. These gateways can admit on 8 or 10 channels and 6 spreading factors contemporaneously.

Which LORA Gateway Type is Best:

In terms of functionality, single-channel gateways are veritably limited. This leads to lower-than-ideal approaches to colorful network results. They can only admit to a single spreading factor and one channel at the same time.