Helium Miners: Which Is the Best Miner Among SenseCap, Nebra, Bobcat, MNTD, Dusun?

Mining the Helium cryptocurrency can be an excellent way to generate a passive income that increases in value over time. The longer you mine, the more valuable the Helium coins you produce will be.
Post Views: 80 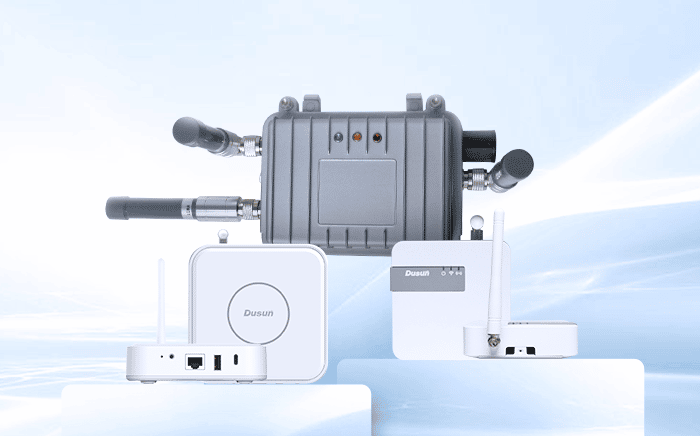 How to Make Money Mining HNT?

Helium mining is accomplished by purchasing a helium miner, connecting it to the internet, and transmitting a LongFi signal to the surrounding area. In other words, the longer your LongFi signal travels, the more HNT you’ll receive.

The first step in helium mining is determining whether your site is economical. In an ideal scenario, you’d like to point out that your location possesses:

Otherwise, the transmit scale (earnings multiplier dependent on how close Helium miners are to one another) will be low. LongFi signals can be readily blocked by hills, valleys, and other barriers if you are in a valley or a vertical position.

When there are many Helium miners nearby, you can make more HNT. It is accomplished by transmitting beacons, challenging others, and witnessing their beacons. Helium mining can provide a steady income, which should increase as more Helium miners join the network.

What is the revenue structure of Helium miner?

There are five mining-related ways to earn Helium tokens (HNT):

The percentage represents the likelihood of earning HNT mining rewards based on the activity you engage in right now.

As a result, watching the challenge is crucial, as it decides the amount of HNT tokens earned. The most cost-effective way to finish the PoC challenge is to use a miner with a high-yield antenna.

What kind of antenna be used will be more profitable?

When choosing an antenna, the frequency at which your Helium network works is the most significant factor. Geography is the determining factor here. For example, if you live in the United States of America or Canada, the Helium network uses the 915 MHz unlicensed ISM band to conduct its operations. The web can be accessed on the 869 MHz spectrum, for instance, if you are in the United Kingdom.

Thus, the antenna that you choose should be one that can cover the right band to connect to your hotspots, which will depend on their location.

The 869 MHz spectrum and the 915 MHz band are both covered by various antennas. On the other hand, tracking an antenna that works in the 470 MHz, 869 MHz, and 915 MHz bands can be complex.

Choosing a miner with several band antennas allows you to utilize it in more places and earn more money. In any event, even if you no longer wish to use it for mining, this will make reselling it easier.

The forward gain of an antenna employed by a device like a Helium Hotspot Miner is measured in dBi (decibels per isotropic). The transmitting antenna’s beam width will be affected by an increase in dBi. The range will grow as the outgoing signal narrows with a higher dBi value.

However, just because an antenna has a more significant dBi number doesn’t mean it’s superior. Helium hotspot miners in populated regions with many natural and artificial obstructions, such as trees or buildings, can benefit more from 3-6.5 dBi antennas. Because the transmitted beam will travel more vertically, minimizing the odds of a narrow beam being bounced off these obstructions.

Omnidirectional antennas with a higher gain tend to be longer than those with a lower gain. This is because the higher gain is achieved by stacking and phasing many small antennas on top of each other, making the stack longer and the antenna longer.

Because the different small antennas are “phased” together, their gains add up, giving the stacked array a higher total gain. Miners with a higher antenna gain have a higher gain under the same conditions.

Which is the most profitable Helium Miner?

Only devices that have been officially approved can mine HNTs. The Helium website lists all the manufacturers who have agreed to support the Helium Blockchain. The table below shows many of the most popular or best-performing brands of Helium miners on the market so that you can compare and choose one. The table shows how different miners compare in terms of accessories, performance, and price in a way that is easy to understand.

The SenseCAP miner was a relatively late entrant to the miner ecosystem. Their first batch of shipments was made in the summer of 2021. However, in a short time, they have figured out both production and availability and rapidly risen to the top. The miner ships with a 2.8 dBi antenna in the EU868 band and 2.6 dBi in the US915 band.

It’s compact and well-designed. The SenseCAP includes a cooling solution with a heatsink and a cooling fan in the aluminum enclosure. This enables automatic temperature management even in harsh environments. This enables long-term and stable operation.

The PiSupply team created the Nebra miner. They’ve worked with Raspberry Pi accessories before. The top of the Nebra indoor miner can be removed relatively easily without using any tools. This was useful for early shipments where some internal hardware became loose, allowing customers to fix the problem without sending the miner back to the manufacturer.

LEDs provide additional diagnostic information on the front panel. This is highly beneficial. When the green light is off, the hotspot is most likely in need of attention. A 10/100 Ethernet or 2.4 GHz WiFi connection connects the Nebra miner to the internet. Use wired Ethernet whenever possible.

To date, Bobcat has shipped over 150,000 miners. They were able to successfully increase output to meet demand. The built-in 64GB eMMC memory is one of the Bobcat miner’s primary technological advantages. Compared to other miners on the market, which either employ 32GB flashes or external SD cards, this gives better data security and memory storage.

The miner can conduct faster computations thanks to the increased memory. In addition, compared to the 500 write cycles allowed by an SD card, its built-in memory provides for 3000 write cycles. As a result, it has a potentially 10-year gadget life expectancy.

Rakwireless, the business behind the original Helium miner and the extremely popular Rak v2 miners, produces MNTD Miners. The lack of miner availability and openness has been one of the most aggravating parts of Helium mining. Miner providers have changed delivery schedules on a regular basis, frequently without warning. Pre-orders have been taken from several miner sellers, with wait times of up to a year or more.

With the MNTD miner, MNTD intends to change all of that. In what is essential ThePeoplesNetwork, it’s back to fundamentals with an emphasis on people. RAKwireless works hard to achieve this goal by providing excellent customer service and refusing to accept pre-orders. Most importantly, they follow through on their commitments to the mining community.

By mining Helium, made possible by the Dusun hotspot miner, you can effortlessly earn HNT cryptocurrency and offer proof of coverage for The People’s Network, which is the largest wireless network in the world.

It can go up to 10 miles while only consuming the same power as an LED lightbulb and can connect to an Ethernet cable or WiFi network in a matter of minutes. It boasts a refined and understated look, a low running power requirement, and impressive resistance to dust and water.

Because it is one of the miners that is the most cost-effective on the market, compared to other comparable items, it can make users pay back their money quickly. Dusun’s products are delivered very fast, their miners are fully stocked, and they follow the principle of immediate delivery after payment, saving customers the trouble of waiting too long. As an up-and-coming brand, Dusun’s Helium miner has established itself as a front-runner in the sector.

As was said earlier, the quality of the antenna is a significant component that plays a role in determining the profitability of a miner. The power of the TX is directly proportional to the effective range of the signal.

Even if you look at Sensecap and Nebra, which are ranked second and third, Dusun’s advantage is still evident. Besides, in comparison to other brands, Dusun is more adaptable. It has a broader range of frequency bands, making it better able to meet the requirements of both distributors and end-users.

Antennas with a lower gain can pick up signals from a broader range of directions. Antennas with a higher gain but focus the power of the signal in a much smaller area over a longer distance. It’s not always the case that a higher gain is better. The choice of antenna gain must be based on specific circumstances. As a result, the companies shown on the map have performed admirably in this regard.

Mining the Helium cryptocurrency can be an excellent way to generate a passive income that increases in value over time. The longer you mine, the more valuable the Helium coins you produce will be. Your first step toward achievement will be to select a miner that satisfies your needs for performance and economy. This article should help readers understand the market’s powerful miners.